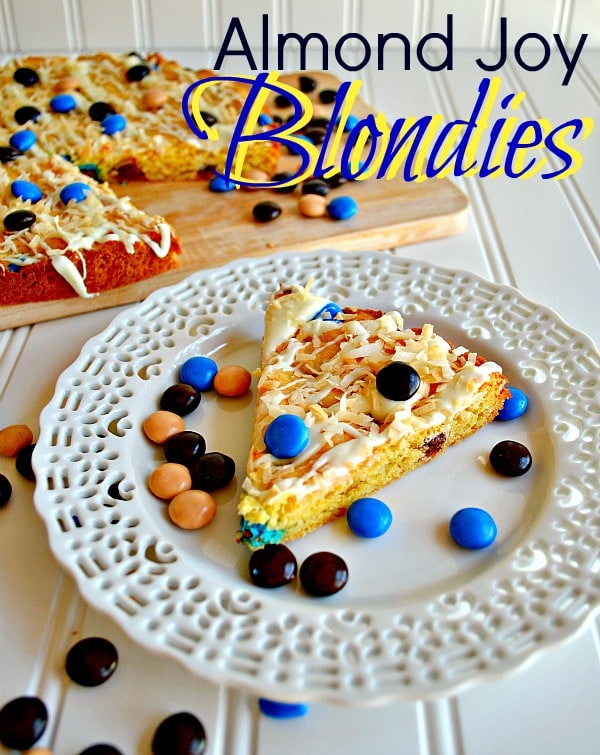 I get to be Hayley from The Domestic Rebel and I’m totally jazzed.

See, a few weeks ago, Back for Seconds came up with this super great idea to write a post and recipe inspired by a blogger friend.  We threw our names into a (virtual) hat, and I have to tell you–I was secretly wishing I drew Hayley’s name.  Not just because she makes about the best baked goodies ever, but because she’s totally cool and awesome and if I could go back and be 21 again, I’d want to be just like her.

But I realized after drawing her name, I had a huge problem. She has waaaaaaay too many recipes I want to make to choose just one.  Stuff like Monster Cookie Cups and Snickers Cupcakes and Snickerdoodle Donut Muffins…so Hayley??  Umm, be prepared to see about a million of your recipes pilfered over here, ‘mmkay?

After the inital panic wore off, I decided I’d make something using coconut.  And since I’ve never had Almond Joy candy pieces before (it’s a travesty, I know), I decided to go with Hayley’s Almond Joy Blondies. 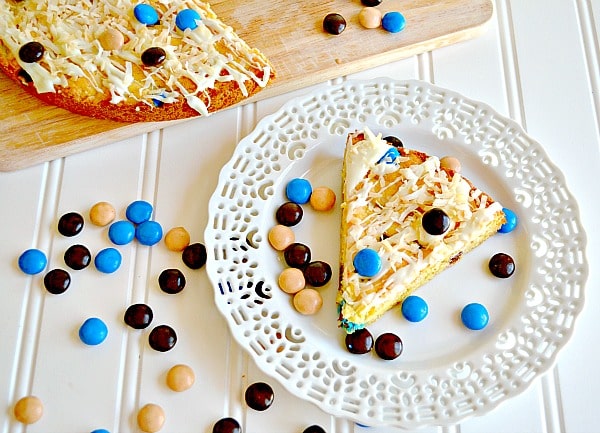 Now, I suppose I could have changed this recipe around some, or gone off on my own and made something “inspired” by Hayley…but since I’m pretending to be her and all, I pretty much just followed her recipe spot-on.  The only changes I made were baking mine in two 8-inch round pans rather than a 9×13 pan, and using white chocolate chips instead of regular chocolate.

And let me tell you: these bars were amazing.  Seriously. Amazing.

I ate practically half of one of the pans while I was setting up my “photo shoot” and the other half the next morning for breakfast.  The other pan I sent with the Tall Boy to work pronto so I didn’t eat it also.  I totally would have done it, too.  I have no willpower.

Especially when chocolate and coconut are involved. 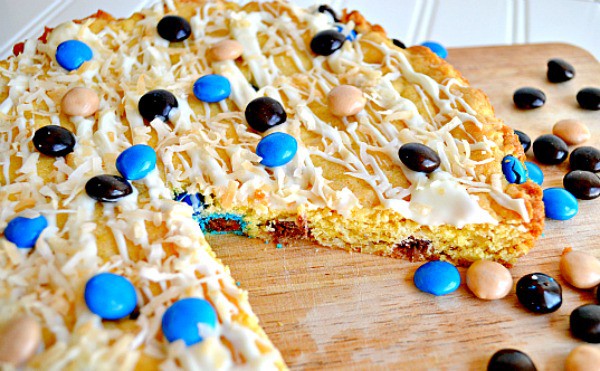 See those little Almond Joy candy pieces poking out from inside the blondies? They were taunting me, ya’ll.

Wanna see the other blogger switch-ups?  Of course you do–they’re awesome!  Check ’em out!