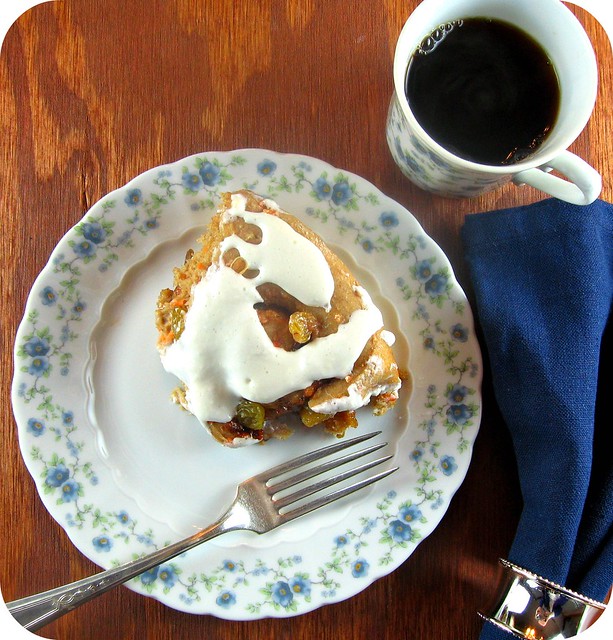 So, I mentioned awhile back that last year for Easter I made like the best carrot cake ever. EVER.

And it’s pretty much been on my mind every day since.  I know, I know–I could make carrot cake any time of the year, but for some reason, I think of it as a springtime yummy.  Sooooooo, I’m taking full advantage of our fabulous spring weather, and I have an entire week of carrot cake recipes lined up for you.

Interestingly enough, none of the recipes actually require making a carrot cake from scratch.

In fact, I’m not even going to give you a recipe for an actual carrot cake.

Yeah, maybe I shouldn’t really call this “Carrot Cake Week.”  But work with me, here.  Hopefully you won’t be disappointed.

I’m starting the week off with cinnamon rolls, because really, who doesn’t like cinnamon rolls?  Even the Tall Boy loves them, and he doesn’t typically go for sweets at breakfast–or any other time, for that matter.

I know it looks like this recipe has a million steps and is labor intensive, but it really isn’t!  Trust me, I’m not the most patient person in the kitchen, and these were really easy to make.  And if you haven’t tried making cinnamon rolls from scratch before, now is the time to try–these would be perfect for an Easter brunch.  The rolls themselves were not overly sweet,  but I corrected that post-haste by adding a huge gob of frosting on top.

What?  It’s not a cinnamon roll without frosting, is it?  Also, whoever came up with the idea of making cinnamon roll “breakfast food” ought to be sainted. 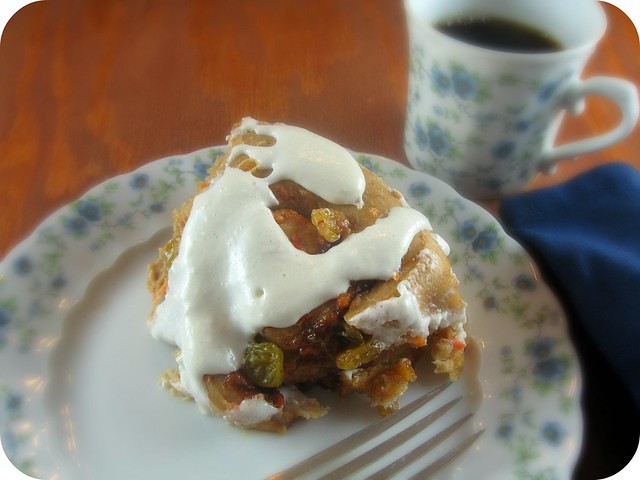 Print
Ingredients
For the Rolls:
For the Filling:
For the Frosting:
Method
Notes
just barely adapted from Healthy Food For Living
3.5.3251