So, I have a confession to make:

I’ve never made puppy chow before. 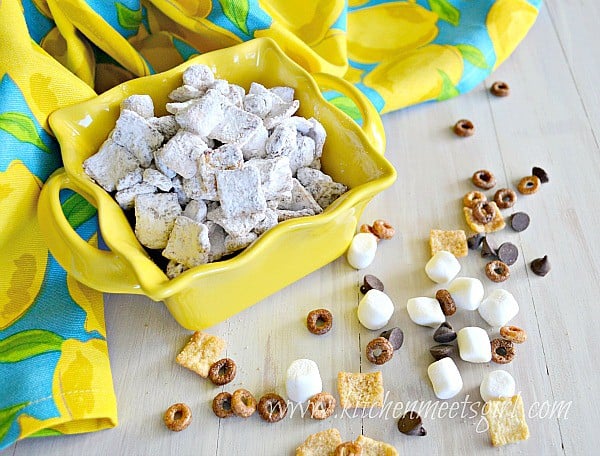 Now, hold your horses.  I’ve eaten plenty of it, don’t get me wrong.  Which is pretty much the reason I’ve never made it myself.  Having it around me is basically like waving a bottle of Jack around in front of recovering alcoholic.  Once I get started eating the powdery-goodness, it’s virtually impossible to stop. 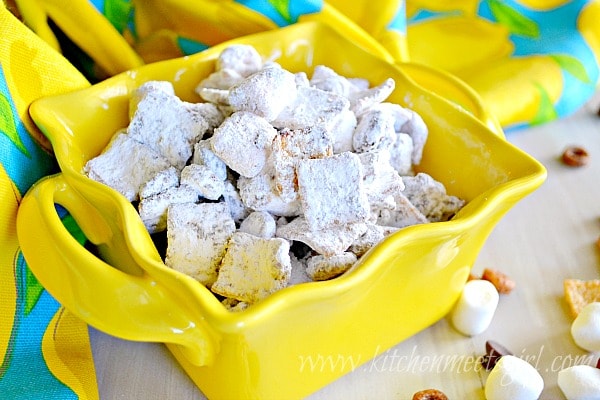 In the evenings, Doodle likes to sit in my lap in front of the computer and read food blogs with me.  And after he saw both Sally’s and Hayley’s super awesome puppy chow mixes a few weeks ago, he hasn’t stopped asking to make me to make some.

I think he thought the name was cool: puppy chow.

He is such a boy.

And then it dawned on me.  My five year-old has never eaten puppy chow. 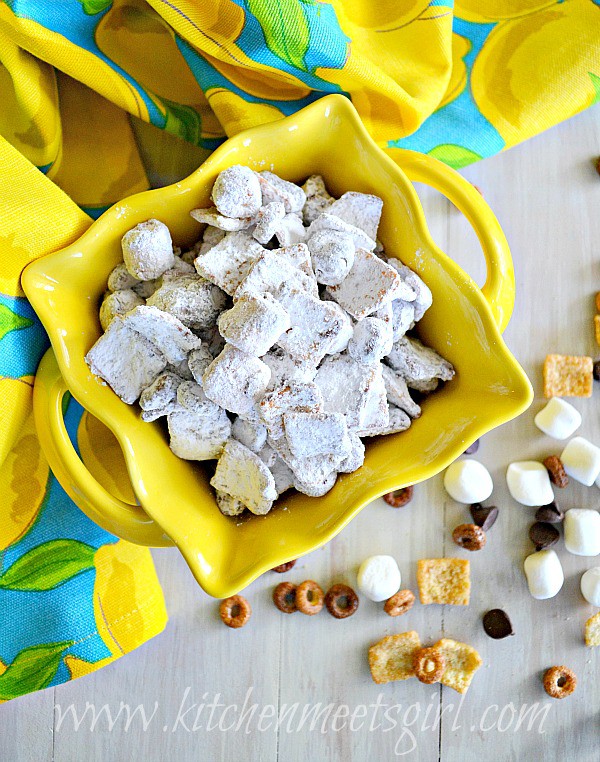 So guess what we did yesterday?

Yep, made puppy chow and proceeded to eat it until we had the sugar shakes. It was pretty much awesome. Aaaaand, since Doodle and I are  addicted to Biscoff lately, we added a bunch of it to this mix.  Along with Cinnamon Toast Crunch cereal, Chocolate Cheerios, and marshmallows, we were in powdered sugar heaven.

You will be too, if you make this.  Promise.

Oh, and for those of you who are HTML savvy–any idea why my footer is appearing in my right sidebar, rather than in the um, footer?? I’ve been agonizing over this for days and can’t get it figured out.  Help?  I’ll send puppy chow.  🙂

Have a wonderful Monday!