One of my favorite things ever.  Anyone else love ’em like I do? 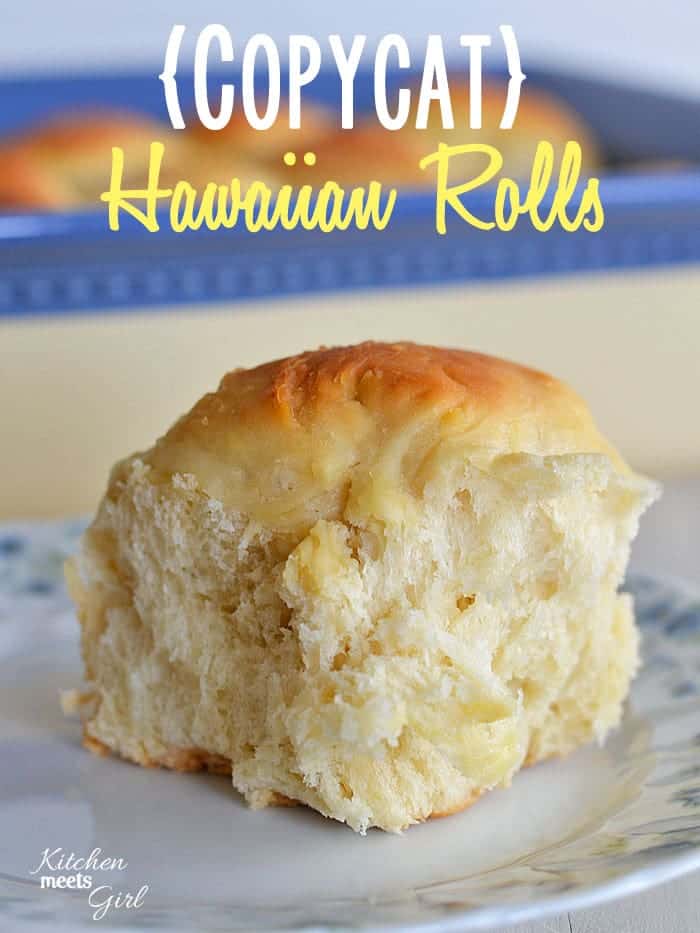 Whenever we’re pressed for time for weeknight dinners {all the time} or on evenings I don’t feel like cooking {um, most nights}, our go-to meal is a deli-chicken, salad bar, and a package of King’s Hawaiian Rolls from our local grocery store.   Since there are just three of us in my house, we typically purchase the small four-pack of rolls.

The problem with that?   We’re left with one roll and no good way to split it in thirds.  Who wants only a measly third of a fluffy Hawaiian roll?  No thanks; I want the entire roll.  Plus another two or three, for good measure.

So when I found a recipe that proclaimed itself a copycat version of my beloved Hawaiian rolls, I knew I had to try it. 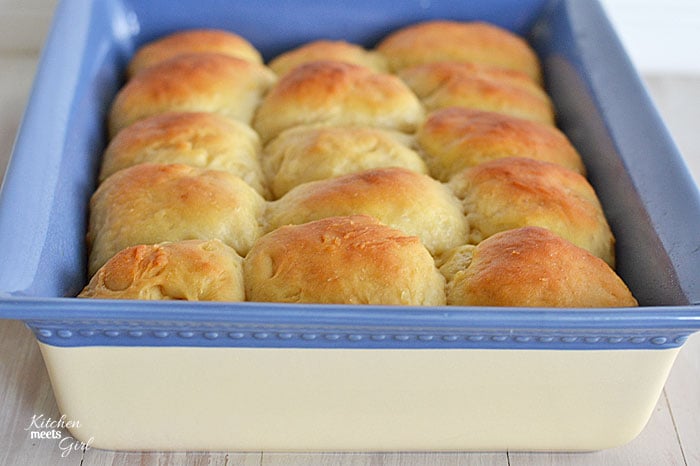 I’m still learning my way around working with yeast, but I found this recipe to be extremely forgiving.  You don’t even need to proof the yeast – just sprinkle the yeast in after you’ve combined your wet ingredients and flour.  There is some rising time involved with this recipe – about two to three hours total – but trust me when I say: it’s worth it!

This recipe will make three loaves of bread – I know: that’s a lot of bread.  It doesn’t get wasted at my house, though.  Doodle has been tearing through this stuff like there’s no tomorrow, and I’ve caught the Tall Boy jamming a roll or two into his mouth when he thought no one was looking.

Since I wanted actual rolls, I filled a 9×13 pan first (I got 15 rolls in mine) and still had enough dough left over for a loaf of bread.  This was some of the fluffiest, best bread I’ve ever eaten, and so easy, too!  The Tall Boy said these rolls tasted just as good as the packaged ones from the store – and I have to say, I agree! 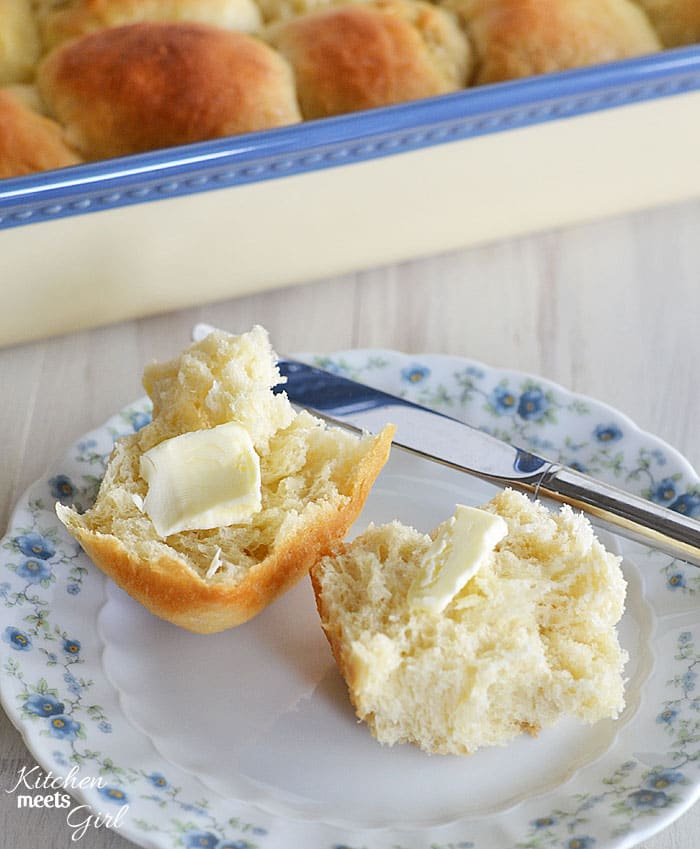