Packed with veggies and covered with a dressing made with Greek yogurt, this Creamy Cilantro-Lime Pasta Salad is the perfect addition to your summer cookouts. 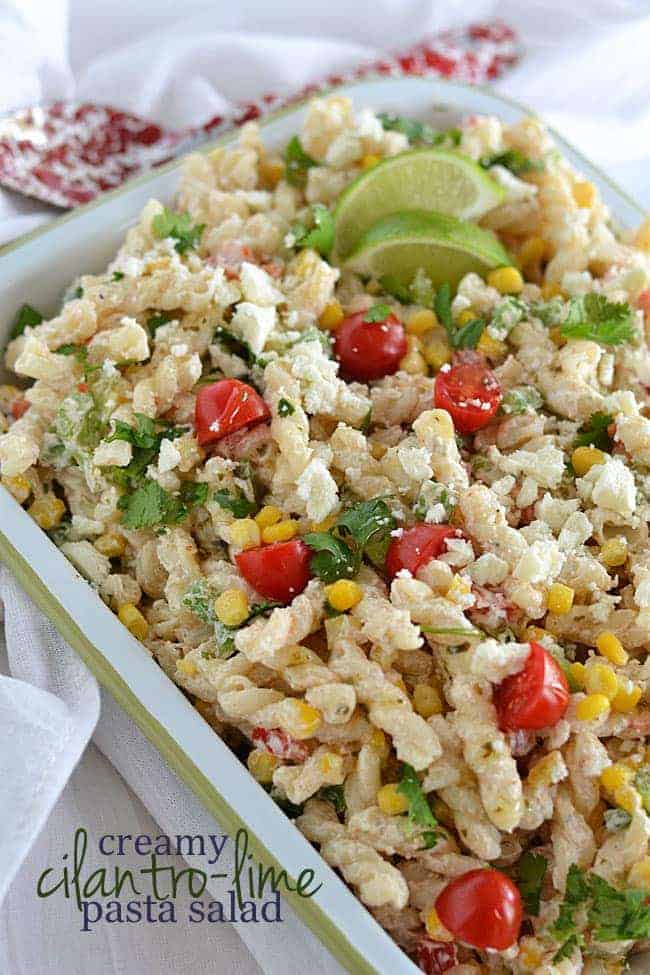 I don’t know about you, but thinking up side dishes is one of my least favorite things ever.

Another one of my least favorite things?  Being in the kitchen preparing food while everyone else is visiting around the grill, drinking ice-beverages on the patio, and watching the kids play on the slip and slide.

So yeah, pasta salads are one of my favorite, easy, make-ahead dishes for summer entertaining.  I can throw it together in the morning {which gives the flavors time to meld anyway}, hand the meat and the bread to the Tall Boy for grilling, and my work is done. 😉 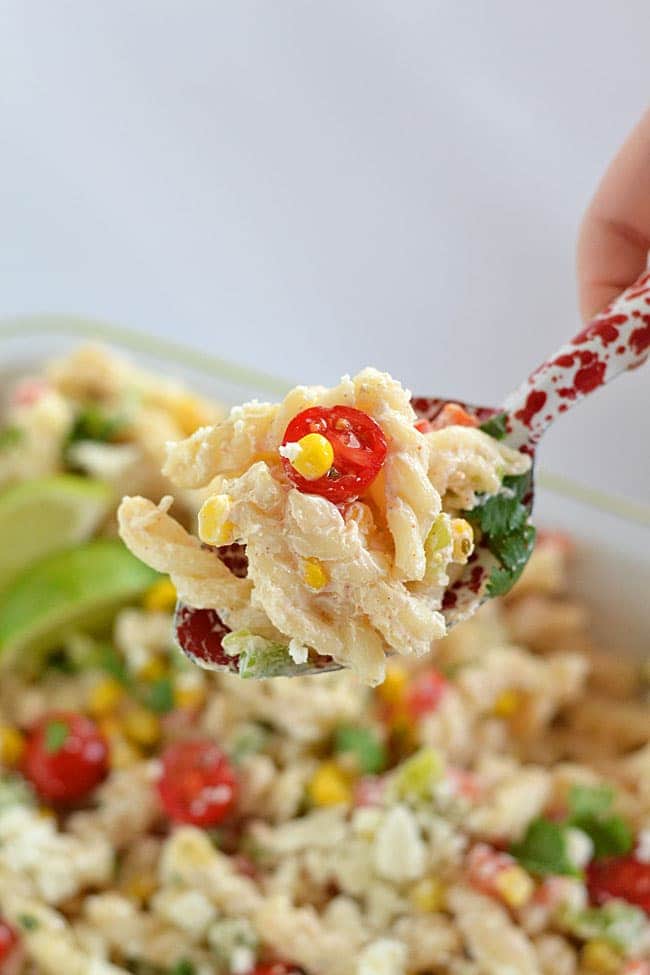 What I love even more about pasta salads is that you can load ’em up with whatever veggies float your boat.  Since I went with a sort of Tex-Mex theme with this version, I used loads of bell peppers, corn, red onion, and cilantro.  I realized after I shot this that I forgot to add in the black beans, and I totally recommend that you do that.

Along with some sour cream, Greek yogurt, lime juice, and spices, I added in some Lowry’s Baja Chipotle Marinade to make a quick and easy dressing {NOT sponsored, I just really like using their quick marinades}.  You can find Lowry’s in your grocery store next to the salad dressings.

I crumbled some Queso Fresco {Mexican crumbling cheese, found in the refrigerator case–I get mine at Wal-Mart} on top just before serving, but cubed cheddar would work just fine here, too. 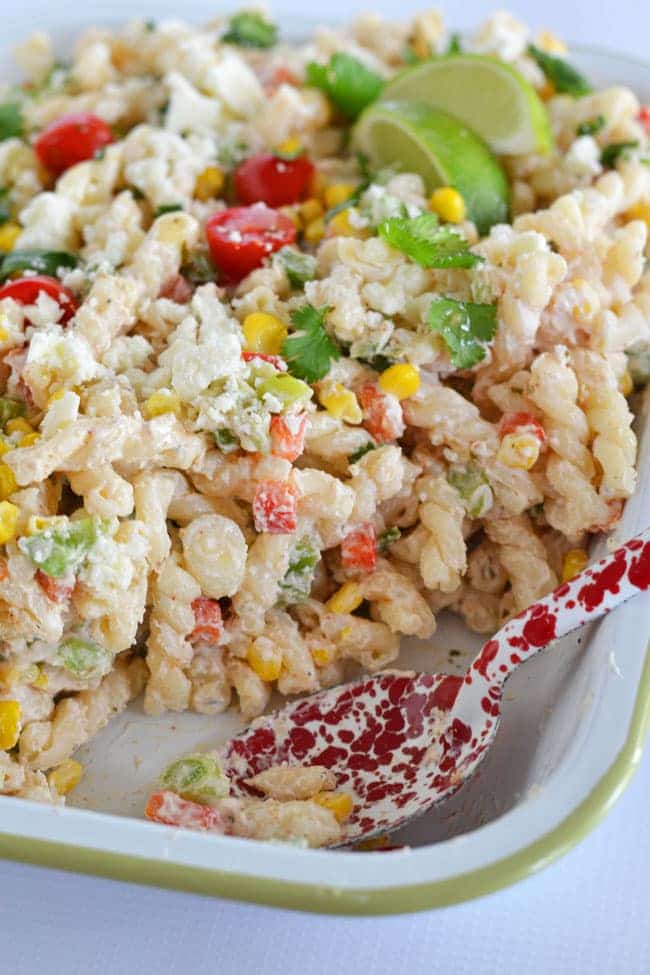 Since grilling season is just around the corner, I’m looking for new side dish recipes to try.  What are your favorites?