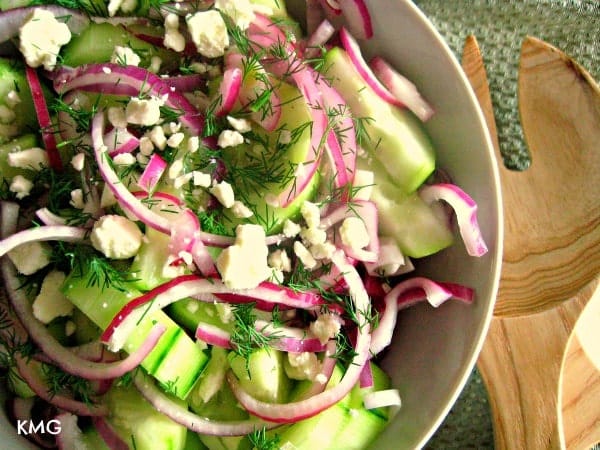 Let me tell you something about vacationing.

It’s not the time to even attempt dieting.  At least not for me.

Look, part of our vacation included a cruise, which meant we got to eat five-course meals every night.  Don’t think for one minute that I didn’t take advantage of that, including the fact that I could have two! {or three!} desserts if I wanted them.  I felt a little gluttonous choosing something from each course offering when the two other people at our table were hemming and hawing over whether to have a soup or a salad.

Also, the food is technically already figured into the price of the trip.  And, because the Tall Boy and Doodle don’t really eat enough to cover what the cruise line charged us, I decided it was necessary that I eat enough for all of us to get our money’s worth.

The problem with this is that by the time I got home, even my elastic pants were getting a little snug and the idea of eating another decadent dessert kind of made my stomach roll (don’t worry, I’ll be over that in another day or two).

So, to sort of even things out a bit, I decided a salad was in order.

Except I’m really not one for traditional salads.  Also, I require some type of protein, lots of cheese, and enough dressing to cover up the taste of the lettuce.  And when there’s no lettuce involved at all, so much the better.

If we’re being honest here, I’m not really even a vegetable fan.  I do try to eat them, and often do a better job of it in the summer months, when I can throw them on the grill.

But I love, love, LOVE this salad, which is quick and easy to throw together, travels well, and is crisp and cool for the hot summer.  Plus, I can eat a huge serving of it and still have calories saved to justify eating dessert. 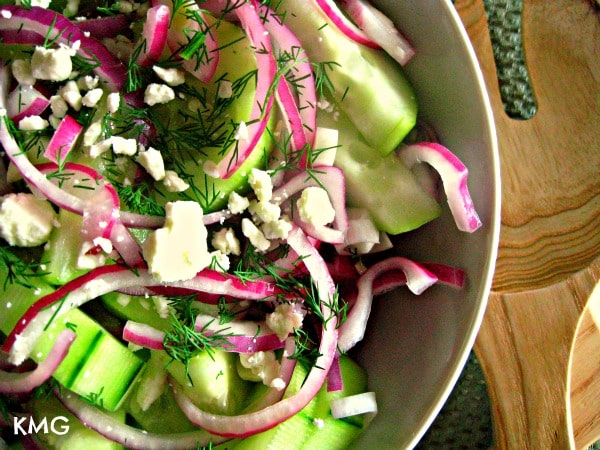 Have a great Wednesday!