From a flaked coconut-studded graham cracker crust to a creamy coconut filling, this Frozen Coconut Berry Pie is the ultimate in simple summer desserts! 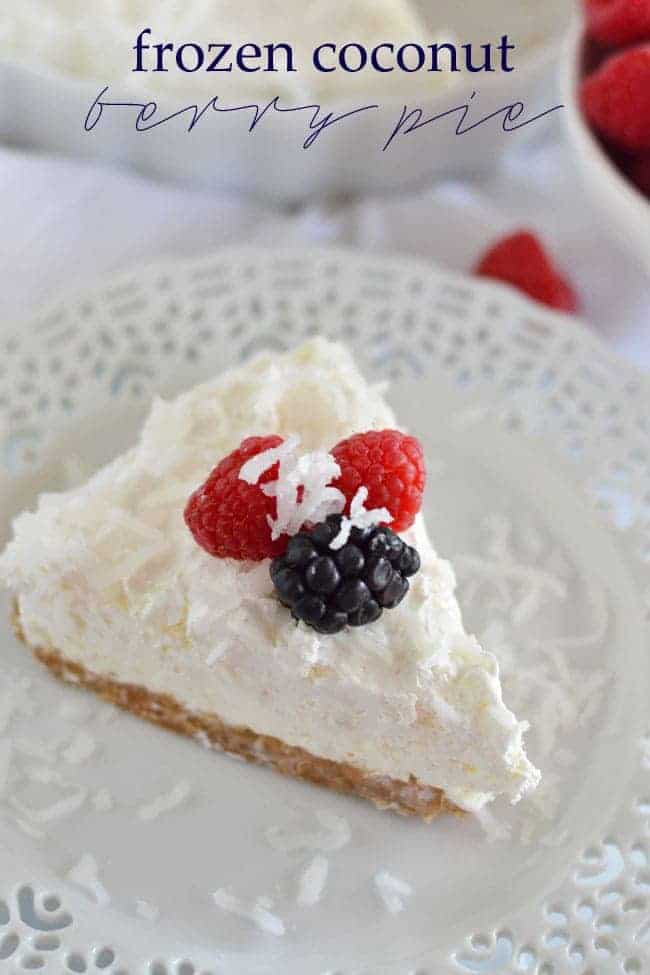 Have I ever mentioned that I hate milk?  Like, seriously hate.it.

Except for those nine months that I was pregnant and drank chocolate milk every single morning.  Chocolate milk and plain 2 percent milk?  So NOT the same thing.

I remember one weekend at my aunt’s house as a kid…when I got to the table for breakfast on Sunday morning, there was a giant glass of milk right next to my plate.  Of course, my mother raised me to just eat/drink what was presented to me, so I tried to down that milk with a smile on my face.  The smile sort of turned into an attempt not to upchuck all over the table, and fortunately my cousin rescued me by graciously offering to drink the milk for me.

I later learned that my cousin consumed so much milk in a week that my aunt and uncle started rationing it out, so it turns out I was actually the one doing him a favor. 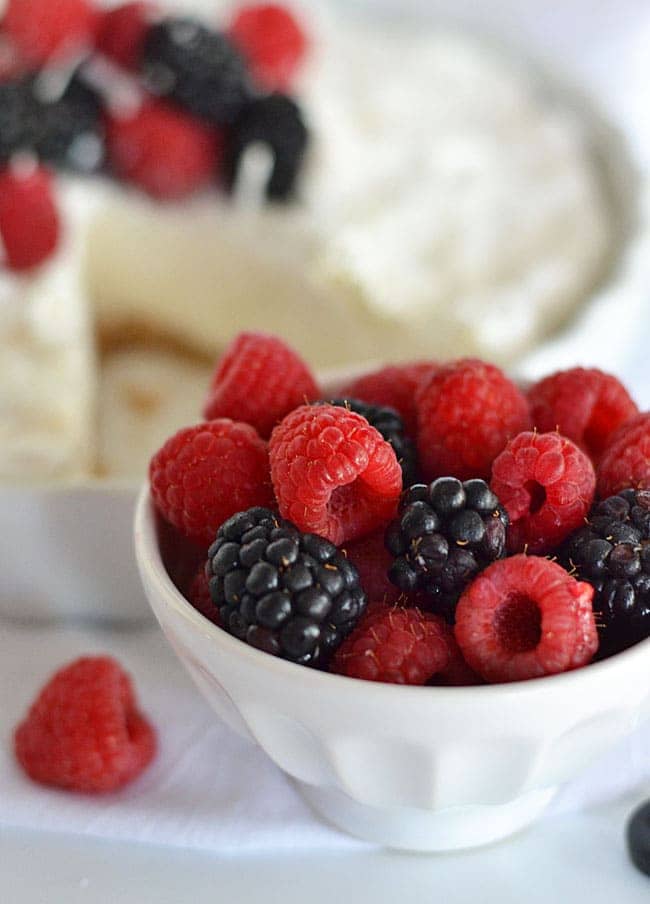 To this day, I still can’t bring myself to drink plain milk.  However, coconut milk has become one of my favorite things.  I put it in my oatmeal, cereal, smoothies, and rice – pretty much everything I can think of.  I really kinda love it.

And lately, I’ve been putting it in pies.

Also?  Silk Coconutmilk in pies topped with fresh summer berries?  It practically screams good for you, does it not? 😉 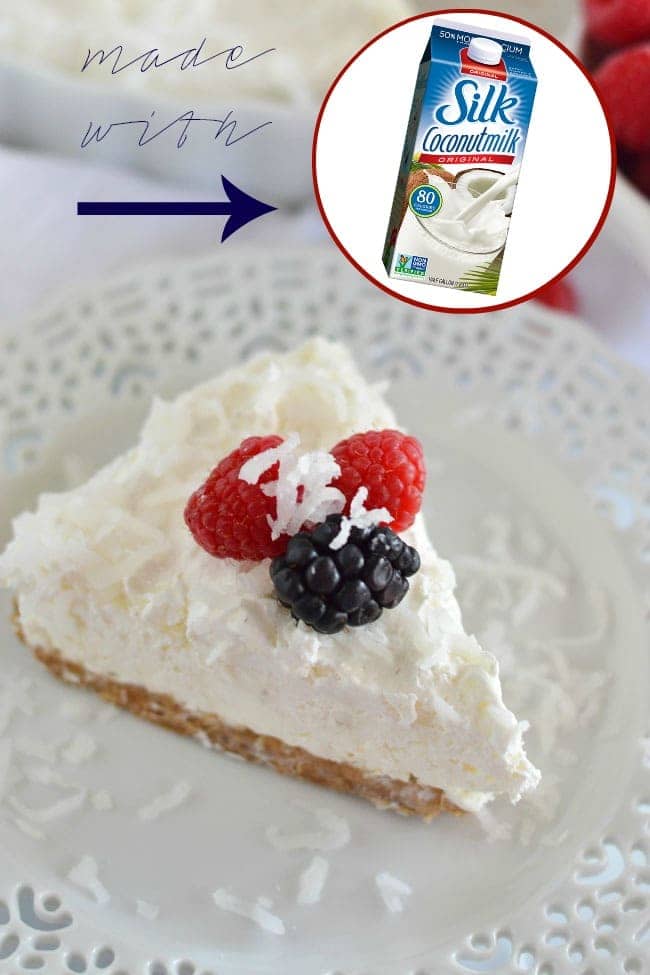 I found this recipe on a card in my grandmother’s old recipe box, but it’s not in her handwriting, so I don’t know who’s recipe it was originally.  Quite honestly, I’m thrilled to have found it and made it, particularly since the Tall Boy won’t eat coconut.  That means I get it all to myself.

This Frozen Coconut Berry Pie was so easy to make – and you could speed up the process even more by using a store-bought graham cracker crust.  But if you have 20 extra minutes, make your own instead.  I added some shredded coconut into the crust and it gave the pie a little extra “oomph.”  That, combined with Silk Coconutmilk in the filling, pushed this easy, tropical, summertime pie right to the edge of awesome. 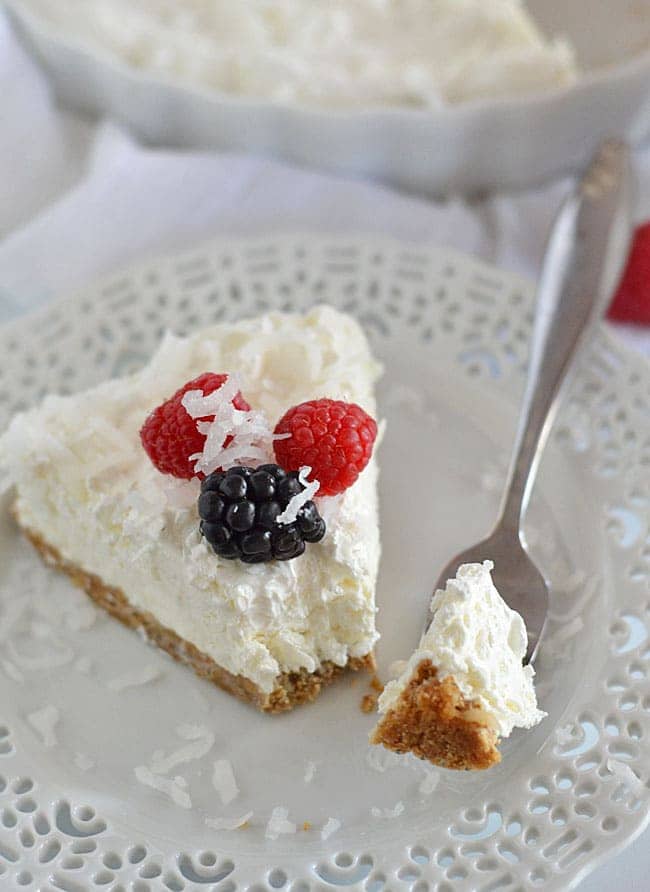 Silk Coconutmilk is available in three flavors: Unsweetened, Vanilla & Original. It’s an awesome milk substitute that is dairy  free and perfect for a vegan or vegetarian diet. Visit Silk’s Website for a coupon and find more recipe inspiration.  You can find more recipe ideas on the Coconut Recipes Pinterest Board.

This is a sponsored conversation written by me on behalf of Silk. The opinions and text are all mine.