This Slow Cooker Chicken Enchilada Soup combines all of your favorite chicken enchilada flavors: Tex-Mex spiced chicken, sauteed peppers and onions, and lots of gooey cheese – without all the fuss!  Just throw the ingredients in your slow cooker, and in just a few hours you’ll have a comforting, hearty dinner on the table. 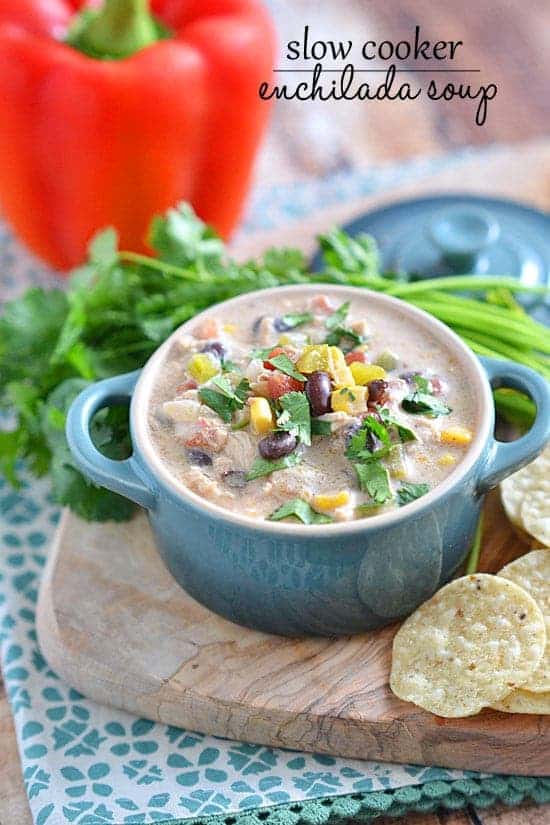 There is nothing I like better than hearty soups in the fall – unless it’s a hearty soup that requires basically no effort on my part and is ready and waiting for me when I get home from work. A soup like this Slow Cooker Chicken Enchilada Soup.

It’s no secret around here that Mexican-inspired cuisines are my favorite thing ever, and that preparing dinner in my slow cooker runs a close second. Combine the two, and it is a happy meal time around my place. 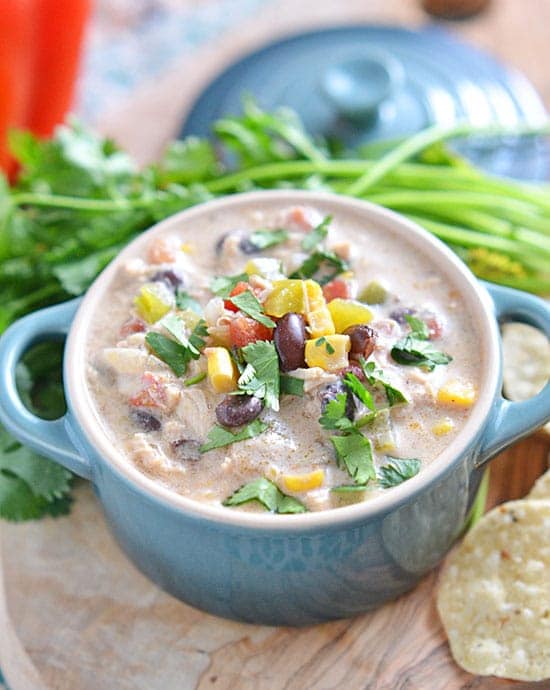 One of the best wedding gifts we received {10 years ago – how time flies!} was a large slow cooker.  I’ve used the heck out of that thing, and it was finally time to replace it with an updated model.  The 6-Quart Programmable Slow Cooker from Hamilton Beach puts my old one to shame!  This bad boy has three choices for automatic cooking: program, manual, and probe.  If you’re used to the traditional slow-cookers, choose the manual mode to select your cooking temperature (high, low, or warm) without selecting a cooking time.

I used the program mode for this Slow Cooker Chicken Enchilada Soup – I programmed it to low for 6 hours, and it automatically shifted to “warm” when my cooking time was up.  Fabulous!

Next on my list to try is the probe method – if you’re cooking a large cut of meat like pot roast, chicken, or pork tenderloin you only have to insert the probe, set the desired meat temperature and it will automatically shift to keep warm when the temperature is reached. 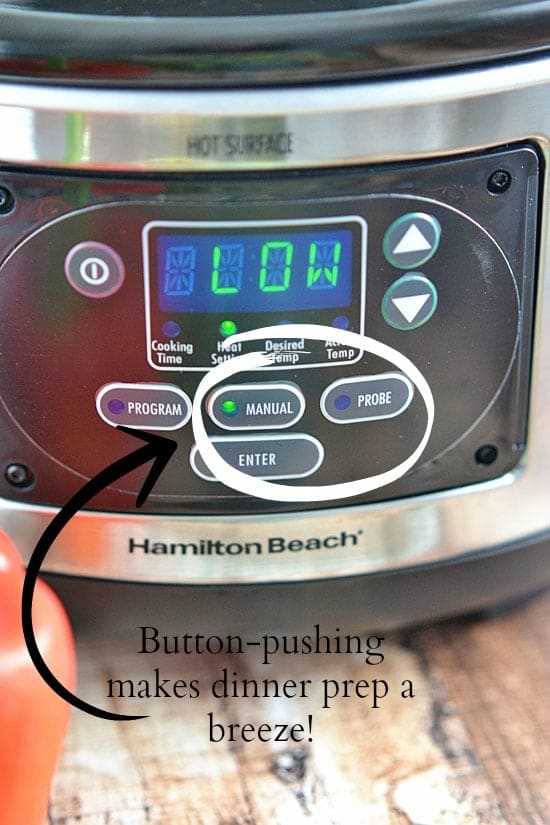 This hearty fall soup is full of Mexican-inspired flavors, including cumin, coriander, chili powder, and oregano (Mexican, if you can swing it).  Just add your spices right to the pot, along with chicken, broth, Rotel, black beans, and corn.  After letting that fragrant goodness simmer all day, toss in some shredded cheddar cheese and sour cream for good measure (you don’t want to add these ingredients during your initial cooking time, or they’ll curdle).

And finally, sautéing your peppers and onions and adding them to the pot just before serving gives this enchilada soup just the right amount of pizzazz, and just takes a couple of extra minutes.  Believe me, it’s worth it! 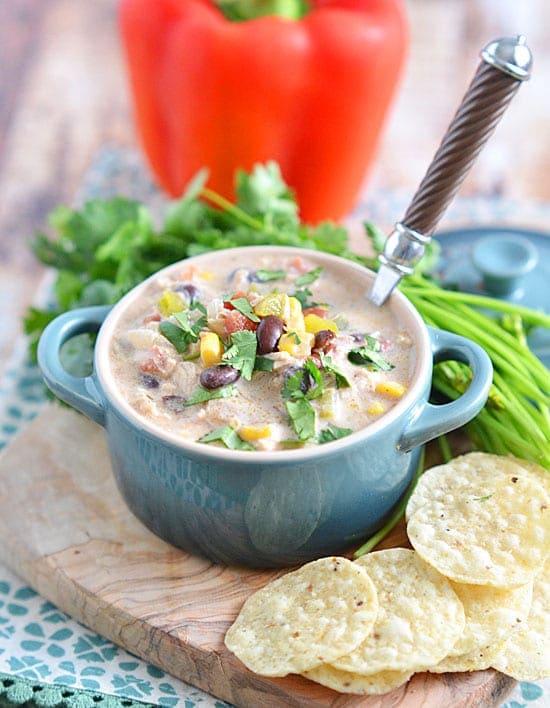 What’s your favorite fall dinner to make in your slow cooker?

Hamilton Beach provided me with a slow cooker to facilitate my review. All opinions are my own.