Can I entice you with the idea of a three-ingredient dinner? 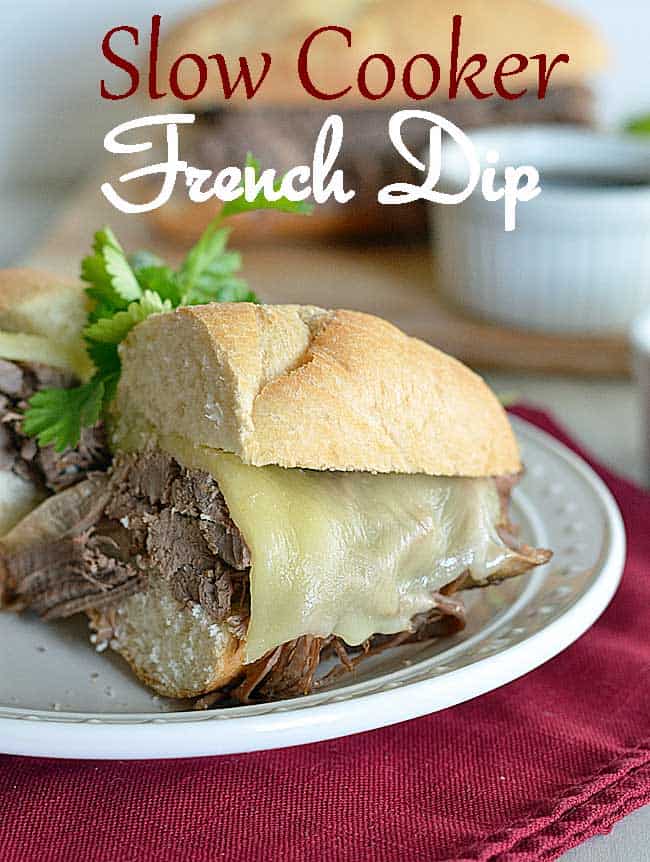 Okay, seven ingredients, if you count the water, salt, pepper, and bay leaf. And technically, you don’t really need the bay leaf. So six ingredients.

And I suppose if you counted the bread and the cheese, we’re up to eight. Cheese is really optional though…so, yeah, we’re back down to seven.

Look, any way you cut it, there’s not a whole lot going on here but a ton of flavor.  Let me break this down for you:

When I was pregnant, the Tall Boy and I had this whole list of things we were are were not going to do as parents.  Preparing special meals for a kid was top on the “what we’re not going to do” list.

But OMG, have you met my kid?  Food is his absolute last priority in the entire world {which is sort of devastating for someone who blogs about food}.  You can threaten him with just about anything, and it won’t make a bit of difference on how much he eats or the speed in which he eats it.

Quite frankly, we’re at the point now that if we can get him to eat a decent serving size of anything, we’ll make it.  Because, really, three bites of chicken and half a dozen grapes doesn’t seem like enough to sustain anyone, five years old or not.  And I’m thinking if this kid doesn’t eat he’ll get scurvy and the school will report me and I’magoodmomsowillyoujusteatsomethingplease? 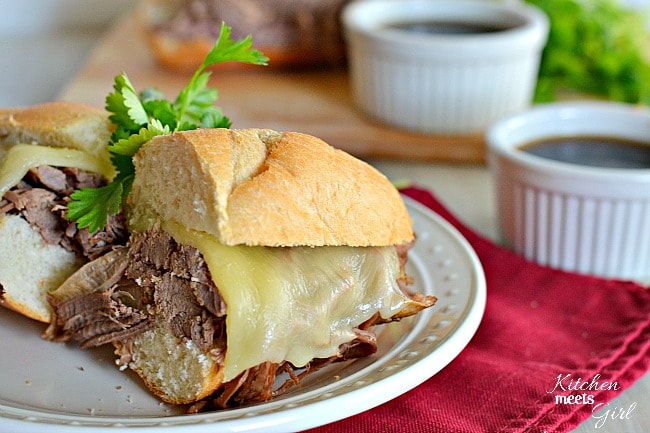 You know what he ate?  A ton of this french dip sandwich.  Not only that, but he asked for more of it the next night.  I’m on a roll here, guys.  We may be eating this every night from now until the time he heads off to college.

Anyway, the point of this story is that this meal got the thumbs up from the pickiest eater I’ve ever met.  So it’s gotta be good.