This Slow Cooker Hawaiian Chicken is the perfect combination of salty and sweet and is sure to please even the pickiest of eaters! 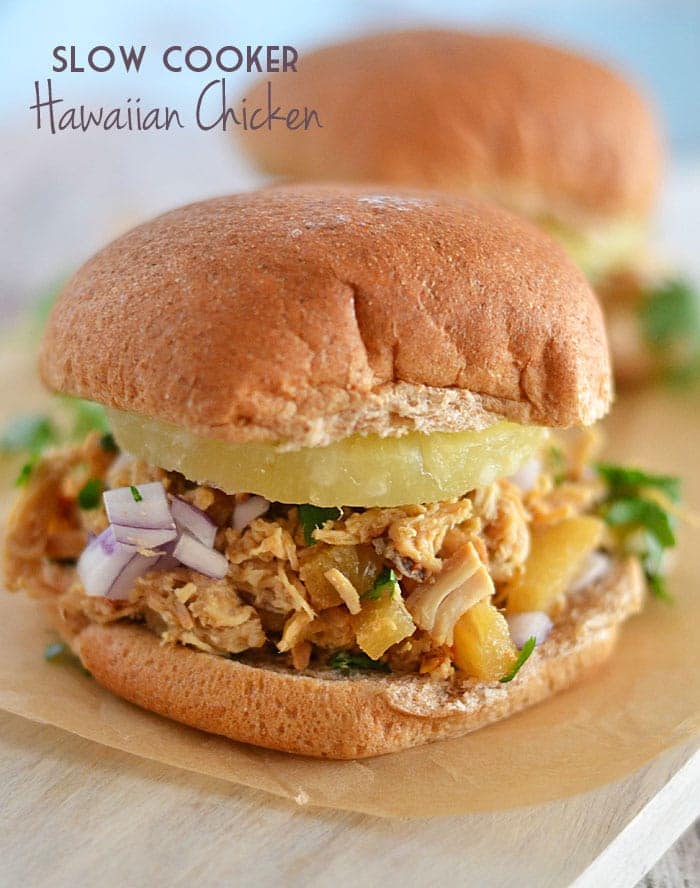 Last weekend, Doodle attended a bowling party with kids from his karate school – he’s the youngest one in the group, and has such a blast hanging out with the “big kids.”

Seriously, this bunch of young people is awesome.   First of all, some of these kiddos have very well-deserved black belts by age 9 (!!!), and to watch what they can do with a bow staff/nunchucks/swords kind of blows my mind.   I’m not sure what I was doing at that age, but I’m pretty sure it wasn’t backflips and jump-kicks higher than my head.

Not only that, but every single kid in this group is kind and supportive and willing to take time to help Doodle learn.   He sometimes gets frustrated trying to keep up with kids who’ve been doing karate much longer than he has, and isn’t very patient with mom and dad when we try to help…but if Ben or Bryce or Molly show him what to do, he actually pays attention and listens.

Oh, and apparently they are teaching him to put away pizza like no one’s business.

When I arrived at the party to pick him up, his coach told me she cut him off from eating pizza because after eating four or five pieces, she was worried he’d get a stomach ache.  “Do you usually let him eat that much?” she asked.  At this point, I’m wondering if she had the right kid, because it’s usually a fight at dinner to get him to eat half of a hot dog and two bites of corn. 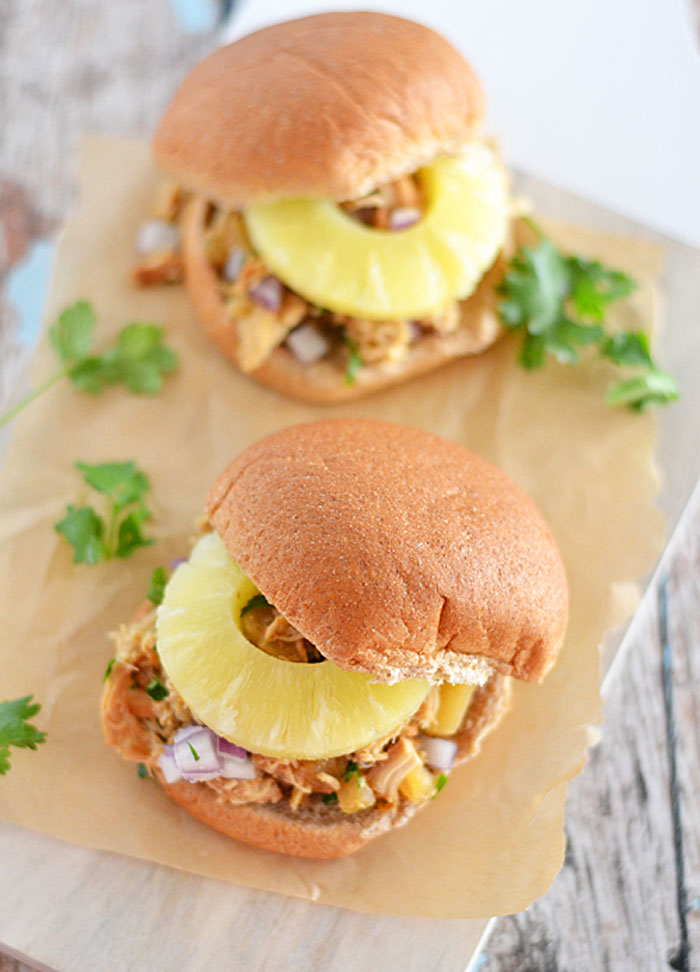 So when I made this Hawaiian Chicken the other evening and he ate an entire sandwich, I knew this recipe was a winner!

It’s super easy, requires only a handful of ingredients – and you can serve it in many different ways: on buns, tortillas, or with rice or veggies.  We like to add chopped red onion, chopped cilantro, and extra pineapple slices to ours.