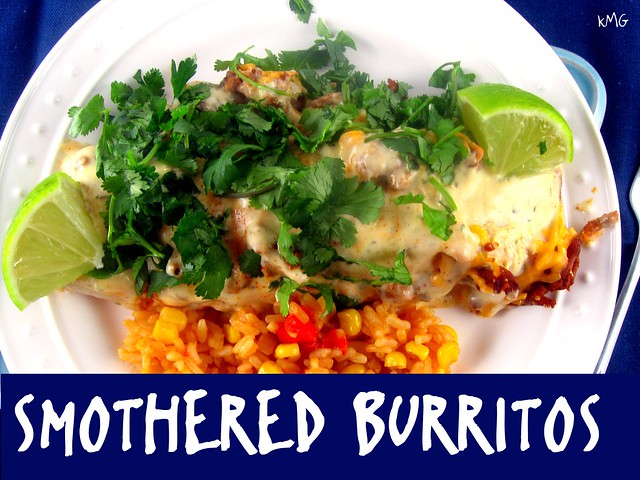 So, I sort of realized after I uploaded this picture that the burrito is actually so smothered that you can’t really even see that there is anything on the plate–other than some cilantro and a pants-tightening button-popping sour cream sauce, that is.

But I suppose that’s really my motto for eating Mexican food: load it all down with as much yummy stuff as you can get and just jump in.

We do that nearly once a week, and quite frankly, I’m totally fine with it.  In fact, I’m pretty much always on the countdown to our Mexican food nights.  Or at least I used to be, until Doodle starting adding stipulations to everything I made:

Yep, apparently this is my payback from what I put my own mother through (sorry, mom).  I’m trying to ease the frustration by reminding myself that soon he’ll be a teenager and eating me out of house and home.  Right now, I can feed him for about twenty-five cents a day because all he’ll eat is a hot-dog and a handful of grapes.

Anyway, this recipe is one of my favorites.  It’s easy to assemble, is crowd-pleasing (save 4-year old boys), and you can up the heat easily depending on your preferences.  This is one of my go-to recipes for casual entertaining, because I can assemble it early in the day and pop it in the oven just before my guests arrive.

What are your favorite recipes for easy entertaining? 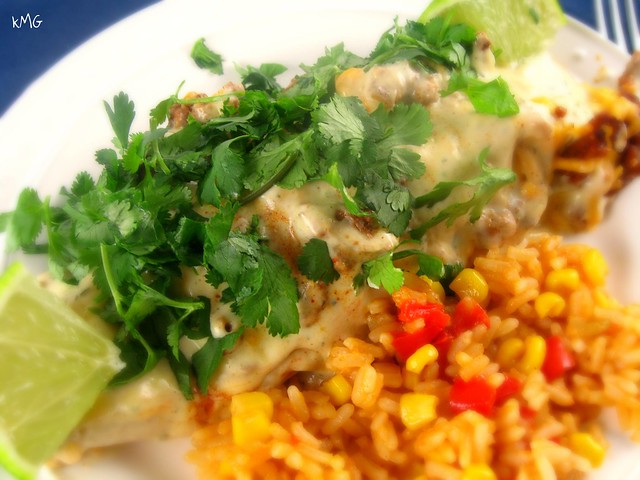 Print
Ingredients
For the meat mixture:
For the sour cream mixture:
Method
3.5.3251

Have a great week!