This Ultimate Green Bean Casserole is a fresh spin on the classic, using fresh mushrooms and cream to replace the traditionally used canned condensed soup.  Believe me, this version is worth a bit of extra work! 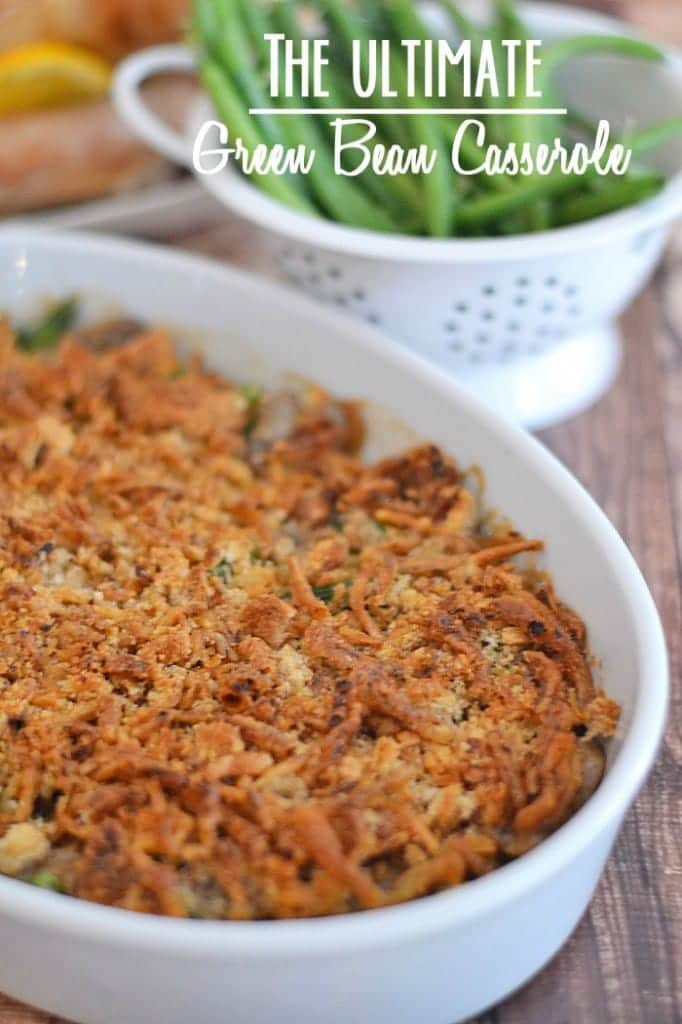 If your family is like mine, green bean casserole is standard fare on the Thanksgiving table {our group usually demolishes two 9×13 casserole dishes in a matter of minutes}…but it’s also one of those dishes that isn’t given much thought. Pop open a few cans of green beans, stir in some cream of mushroom soup, a bit of milk, dump on some fried onions, and you’re done.

Even though we scarf it down like it’s going out of style, green bean casserole has never been anything “special” in my family.

In this version, you’ll use fresh green beans.  You’ll cook those for just a few minutes in boiling water, drain them, then quickly plunge them into ice water to stop the cooking.  This process is called blanching.  Blanching vegetables will have the added effect of making them more brightly colored, and preserve some of their crispness. 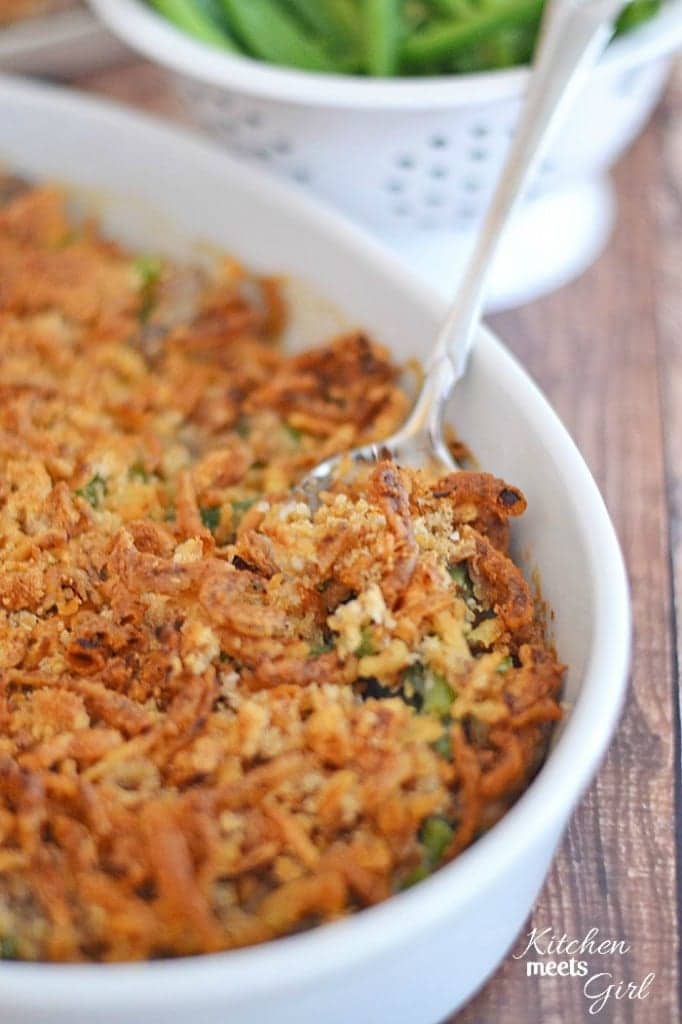 Next, you’ll skip that can of condensed mushroom soup!  You’re going to make your own version of a mushroom white sauce.  It’s super easy, and takes only about 10 to 15 minutes.  Again, a few minutes longer than opening a can, but it’s sooooo much better!  All you have to do is combine a bit of butter, fresh mushrooms, garlic, salt and pepper in a dutch oven and cook for about 5 minutes.

Then, add a tablespoon of flour and cook for one minute – add in chicken broth and cream and simmer until the mixture is thickened.  Stir in your green beans and then arrange that yummy goodness into your baking dish. 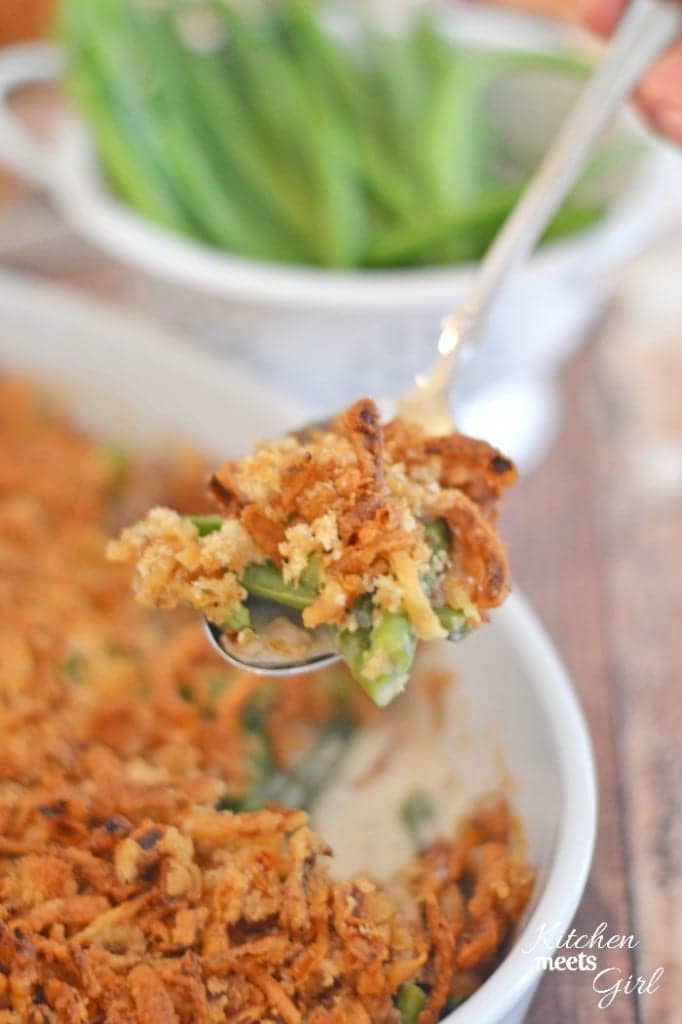 I don’t know about you, but I love those french fried onions in a can!  But to give your casserole that extra punch, combine the store-bought variety with some freshly made buttered bread crumbs.  Believe me, you’ll never go back to your old version again!

Let’s talk: What are your family’s favorite Thanksgiving side dishes? 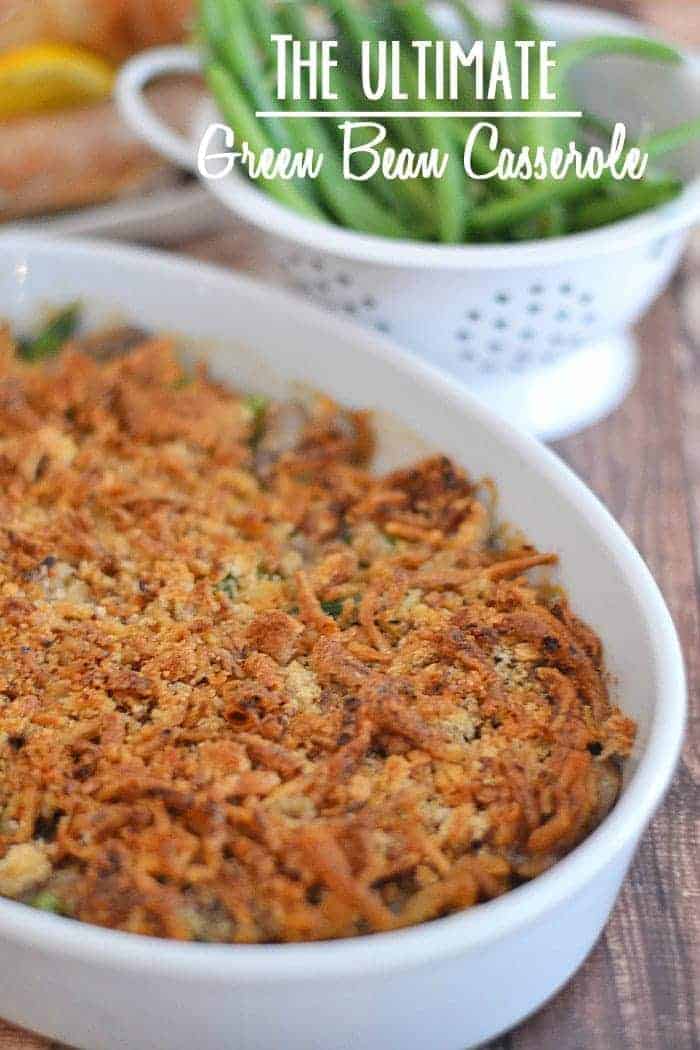