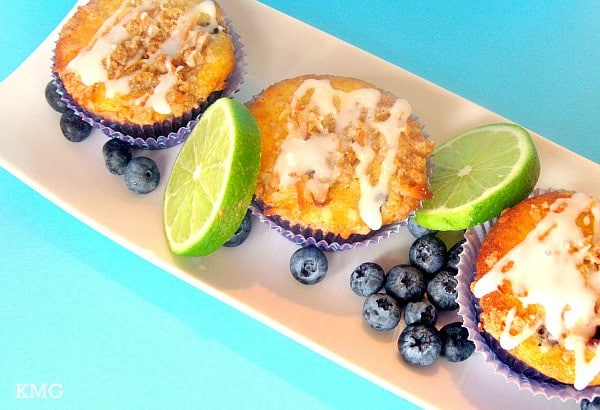 Weekend breakfasts are usually a fiasco around my house.

I don’t sleep well, so I’m usually up waaaaaaaay early while the Tall Boy and Doodle snore away.  After I’ve been up for a few hours, I finally go jump on the bed and wake up the Tall Boy, because by this time I’m nearly dying of starvation and have the shakes because I’ve already downed an entire pot of coffee.  “I’m hungry,” I say, “pleeeeeeeeeeeeease get up so I can eat.”

I know, I should just eat while they’re snoozing, but I have this “crazy” idea that we should all eat together as a family.  Except that by the time we’re all up and in the kitchen, it ends up looking like a massive tornado landed in the middle and Doodle is waving a grease-covered spatula around in the air because he insists on “checking” the sausage about a million and one times.

I decide to make blueberry muffins because it’s like eating cake for breakfast, and who can argue with that?  Even the Tall Boy loves blueberry muffins – except for the fact that I’ve topped these with a coconut-lime glaze, and he hates coconut.  So then I make a special “no-coconut” batch for him, because that’s the kind of wife I am.

We sit down, finally ready to eat–approximately three and a half hours after I’ve been awake–and Doodle informs me that he won’t eat the blueberry muffin because I already peeled the cupcake paper away from the sides and “ruined” it.

And since I hate to waste anything that’s baked in a cupcake paper, I eat his muffin, plus the two that were already on my plate.

The only redeeming part of breakfast is that the Tall Boy usually does the dishes.  He’s awesome like that. 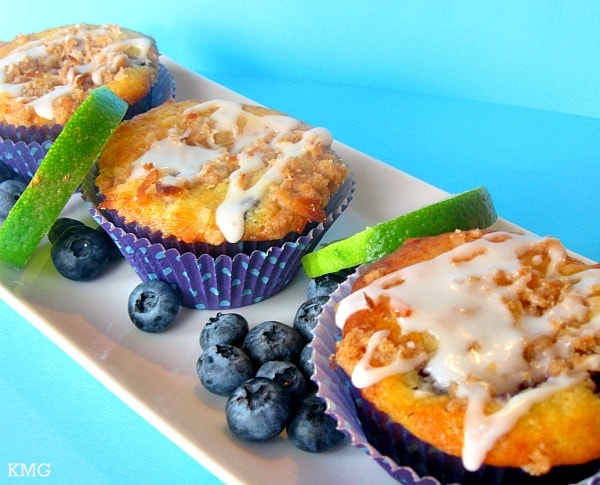 Print
makes 12 muffins, adapted from Our Best Bites
Ingredients
For the Muffins:
For the Struesel Topping:
For the Glaze:
Method
For the streusel topping:
For the glaze:
3.5.3251

I’m linking up over at Mom’s Crazy Cooking Challenge today, and if you haven’t checked out Tina’s site, you should. She’s got some great stuff over there.

Check out my previous Challenge entries:

And be sure to check out all of the other great recipes from this month’s participants!